What Is Karezza? ~ How Sex Without Orgasm Deeply Satisfies Us (Part 1)

“So she thoroughly taught him that one cannot take pleasure without giving pleasure, and that every gesture, every caress, every touch, every glance, every last bit of the body has its secret, which brings happiness to the person who knows how to wake it. She taught him that after a celebration of love the lovers should not part without admiring each other, without being conquered or having conquered, so that neither is bleak or glutted or has the bad feeling of being used or misused.” ~ Hermann Hesse, Siddhartha

Recently I spoke to a gentleman in his late 40’s who said “The practice of Karezza is my new found Sex God.”

I had no idea what he was referring to.

He was addicted to the dopamine reward rush.

He went on to say:

“It took me years to deeply feel and understand the confusions of my sexual biology and lack of information society had given me about sex. 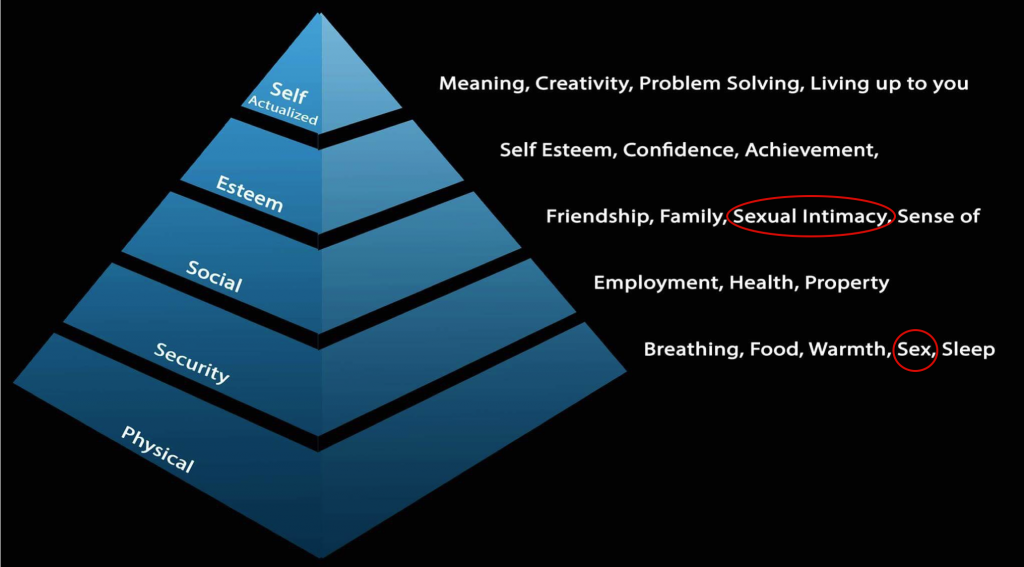 After so many years I finally found a sexual method where I wasn’t chasing ejaculation.

As a man I believed sex was all about finishing with a grand release.

Ejaculation is necessary sometimes, and that is how we are wired to continue our human evolution as men. It’s a very primal and natural force.

But there is a far more powerful practice called Karezza. In fact when I first heard about the concept of Karezza, I thought it was some new age crap, until my wife was finally able to convince me to try it.

You smile for no reason, because you are filled with joy, peace, contentment, love and abundance of energy – for someone who has never felt all of these emotions at once – words are very limiting to describe the euphoric feeling.

Once you have this type of sex, it’s hard to go to back to the thrill of chasing the mating mind of ejaculation.

But there are times when our primal forces take over and we just want to have sex, which is also fun. Feeling the difference between each style of sex is the best discovery I’ve ever made.

The best part about this practice is how intimate and deeply connected my wife and I have become.”

Karezza gets its name from the Italian word for caress – a gentle, affectionate form of lovemaking in which orgasm is not the goal, and ideally does not occur in either partner while making love.

The best explanation I’ve found on the subject comes from J. William Lloyd written in 1931.

Many of us can argue that lovemaking without orgasm can be very unnatural.

Lloyd argues that it’s simply care and skill in the sexual realm, changing its form and direction of activity in such a wise way that the desired pleasure may be more fully realized and the undesired results avoided.

“It requires first the understanding and conviction that the spiritual, the tender side of the relation is much more important, much more productive of pleasure in fact, than the merely sexual, and that throughout the whole relation the sexual is to be held subordinate to this love side as its tool, its agent, its feeder.

Sex is indeed required to furnish all it has to the feast, but strictly under the leadership of love.

It requires, second, the understanding and profound conviction that in this kind of love-feast the orgasm is a marplot, a kill-joy, an awkward and clumsy accident, and the end of everything for the time, therefore most undesired.

It requires, third, an understanding of the psychological law that all emotions are to a considerable extent capable of being “sublimated,” that is expressed in a different direction and with reference to another object than that first intended.

We have all seen actors first arouse an audience to emotional intensity and then direct that emotion at pleasure to laughter or tears, to love or-hate, revenge or pity, lust or purity.

Taking full advantage of this law, the Karezza artist sublimates a portion of his sexual passion into the more refined, intellectual, poetic and heart-sweet expression of feeling, thus preventing it from ever reaching that pitch of local intensity which demands explosive discharge.

In other words the soul, taking over the blind sex- emotion, diffuses it and irradiates the whole being for a prolonged period with its joy-giving, exalting potency.

It is art, intellect, morality and estheticism in sexual enjoyment instead of crude, reckless appetite.

As you acquire the habit of giving your sexual electricity out in blessing to your partner from your sex-organs, hands, lips, skin, eyes and voice, you will acquire the power to satisfy yourself and her without an orgasm.

Soon you will not even think of self-control, because you will have no desire for the orgasm, nor will she.”

Lloyd also notes that during the practice of Karezza the sex-organs become quiet, satisfied, demagnetized, while the rest of the body of each partner glows with potency, bliss coupled with an after-feeling of health purity and wellbeing.

The sweet satisfaction of fullness, realization, and peace often last for days.

Throughout the book, Lloyd describes the hangover that orgasm can produce. Here is one of his detailed descriptions:

“There has been a momentary joy, but too brief and epileptic to make much impression on consciousness, and now it is gone, leaving no memory.

The lights have gone out, the music has stopped. Even if no more, there is disillusionment, sudden indifference, a wish to sleep.

An intense rise in dopamine levels is succeeded by lows, setting up an addictive, ultimately unsatisfying, cycle. Those who practice Karezza, are less liable to excess, because they spared the waste of the orgasm.

In contrast, those who do not use Karezza are vastly more liable to excess, and this is usually from too frequent and intense orgasms.

The marvel of practicing Karezza is that as consciousness of internal strength and power develops, the physical sign disappears. The peace that follows is the peace of power.”

When sex feels sacred in the use it gives a divine
innocence to the moment, a satisfying sweetness of
recollection in the memory.

Sex is only satisfying where it is absolutely free, in a
liberty made new and genuine by glad, mutual
consent at every moment of its being.

Sex only satisfies when on both sides there are
kindness, innocence, consideration – a love that is
goodness in expression, that gives and blesses.

Sex only satisfies the finer natures when it unites
souls, not merely copulates bodies for a thrill.

Sex having two offices – to unite souls and propagate
bodies – there are for these offices two unions:
Karezza-union for the deeper love, orgasmal-union for
physical begetting.

Do not make the mistake of using
the latter for the former.

In the next article I will discuss the Karezza Method and the role of each partner.