“When one door of happiness closes, another one opens, but often we look so long at the closed door that we do not see the one that has opened for us.” ~ Helen Keller

Ever wonder why you fall asleep after ejaculation? Or get a rush of ecstatic energy during and after great sex?

Sex is a doorway to our deepest psyches. Depending on the experience, sex can either be physically and mentally ecstatic or isolating and unfulfilling.

Because sex is so compelling, our brains produce many drug-like chemicals. Some of these chemicals can be as powerful as opiates.

A runner’s high is very similar to a lover’s high because these chemicals are released into our bloodstream and have major effects in how we feel during and after sex.

There are a host of chemicals that affect the mind and body during and after sex. Let’s meet the five major Happy Sexual Chemicals:

After prolactin is released you either want to fall asleep or think about other activities not involving sex.

It’s the only time when men are not thinking about the beautiful naked woman lying next to them.

Touching, holding hands, feeling supported and other stimuli such as feeling safe, trusted and loved releases this bonding chemical.

Oxytocin is produced by the pituitary gland. If you enjoy cuddling with your lover after sex, chances are you are feeling the effects of oxytocin.

Oxytocin also has the power to produce feelings of calmness, increased curiosity, increased sexual receptivity and positive feelings. It acts as an anti-stress chemical while diminishing sense of pain. 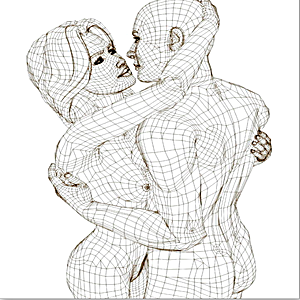 Dopamine is at the core of our sexual drive and survival needs. It increases our motivation because it’s the ‘desire and reward’ chemical.

It triggers an intense rush of pleasure because the anticipation of a need being met or a desire being fulfilled or the mystery of something new.

Dopamine drives a lot of cravings we associate with eating and sexual desire.

Similarly, all addictive drugs trigger this “craving neurochemical” to stimulate the pleasure/reward center.

The feeling of being alive. Endorphins produce a feeling of euphoria and pleasure.

Endorphins have a powerful affect on our mood, our desire for intimacy, and our perception of our partner.

Endorphins also produce a feeling of relaxation and well-being.

Testosterone is the fuel of sexual desire. For men, it’s the essential hormone for libido and arousal.

If you feel a rush of confidence after sex, it’s because of your increased testosterone producing feelings of positive energy and well-being.

Men with low testosterone often have trouble getting aroused and generally have a lower interest in sex.

Our wonderful bodies have multidimensional energy fields waiting to be activated.

Orgasms involve a complex interaction between three systems of the body: the vascular system, the nervous system, and the endocrine system.

Having great sex can release many chemicals that transport you to ecstasy and bliss.