“A succesful relationship with reality must be learned like a dance – not by contemplation but by participation, by an exertion of will, by movement, action and repsonse.” ~ Deane Juhan

“I want you to pinch my nipple and choke me as hard as you can, he said to me.”

“Because it really turns me on. Wow, this is a new one for me.” 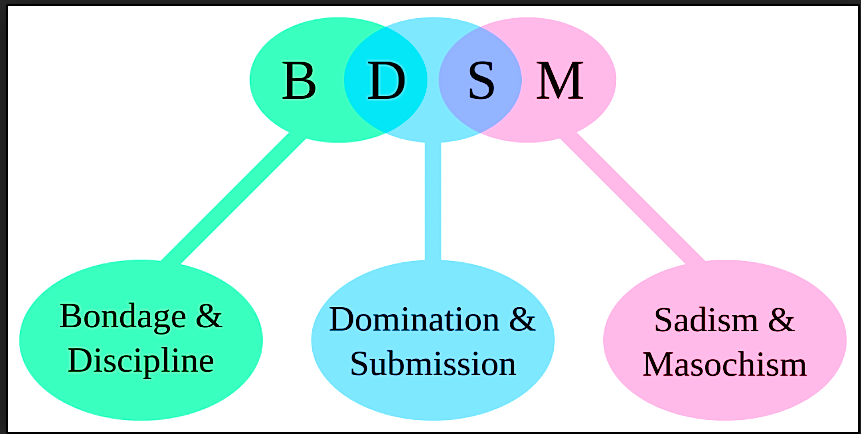 The answer was not a clear “yes” or a clear “no”, but I knew I had to try. A few weeks later I was having lunch with a friend and told him about my curiosity.

I told him that I was looking to try this role in a safe space. I needed someone I trusted to guide me and be the submissive.

His eyes lit up. It turns out he is completely into being a submissive and volunteered to be my guinea pig.

I never knew this fun fact about him, but felt comfortable with the discussion since we had known each other for over 10 years.

Safety was my #1 priority, and to ensure we were both on the same page I asked him to email me a list of activities he enjoyed.

There is a whole language associated with this type of play.

Below Is a Partial Menu of Options He Emailed Me.

“You will be in charge and calling the shots.  Cleaning my closet, worshipping your heels, and your choices from the below…”

His message continued as follows:

“Of course I am open to discussing other ideas that you might have and think you might enjoy. I want you to be enjoying yourself and having fun!

Would love to hear which of the above you think you would like to try?”

“Mr. O – thank you for the list, but lets keep this very “vanilla”, as I am a novice and need to ease into this.

Here is what I am willing to try, I think: Blindfold, cross dressing, candle wax. ”

We made a date and I went to his house dressed casually in jeans, a sweater, and boots. He had bought a corset and asked me to put it on.

I was both nervous and excited when I arrived.

We went over the list once again. At this point I was still feeling a bit nervous, but ready to jump in.

He brought out his backpack filled with lingerie.

He asked me to pick an outfit for him, so I chose the maids outfit. He had thigh high boots with 5-inch heels to go with his outfit. I was impressed to say the least.

He then introduced me to a flogger and a spanking paddle.

Him: “Whenever I can’t walk like a girl and shake my hips, you will spank me with the flogger.”

Me: “Okay, walk, – let’s see what you’ve got. High heels are not easy to walk in are they? Now, use your hips and walk like a real woman.”

After a few spanks with the flogger, we moved to his bedroom, where he wanted me to tie him up, wear a glove, and pinch his right nipple really hard.

While I was pinching his nipple he wanted me to choke him with my other hand. This took me a few tries to do it properly. I had such a hard time doing this.

The entire time I felt I was hurting him and inflicting pain. I was not comfortable with this.

He then asked me to use the paddler to spank him between his thighs, very close to his testicles.

I thanked him for the opportunity for allowing me to try, and had no interest in ever doing this again.

I don’t associate pain with pleasure and realized that I can’t be in a relationship with a man who has such fantasies and wants me to fulfill those types of fantasies.

For me sexuality doesn’t involve pain. I do believe all types of sexual expressions are beautiful when it’s a mutual and conscious consent.

Every person should discover and feel free to express their sexuality as they desire.

My experience left me with the following: I was curious and was willing to try a new experience to fulfill my curiosity.

Within a very short time I realized this was not for me and learned many things about myself in the process.

I am not at all advocating trying anything that doesn’t sound appealing to you.

If you feel uncomfortable don’t do it. There is nothing wrong with not wanting to try something that doesn’t sound or feel pleasing to you.

Life is about experiences that teach us about ourselves. If something is not meant for you, let it go gracefully and pursue what is in line with your desires.