Why A Woman Should NEVER Be Called A Slut

“Too often we underestimate the power of a touch, a smile, a kind word, a listening ear, an honest compliment, or the smallest act of caring, all of which have the potential to turn a life around.” ~ Leo Buscaglia

A few days ago I was sitting at a café in Belgrade, Serbia when I started chatting with a very attractive older woman. She was in her 50’s – confident, classy and dynamic.

We had many laughs as we shared stories about our travels, relationships and my favorite topic – sexuality. 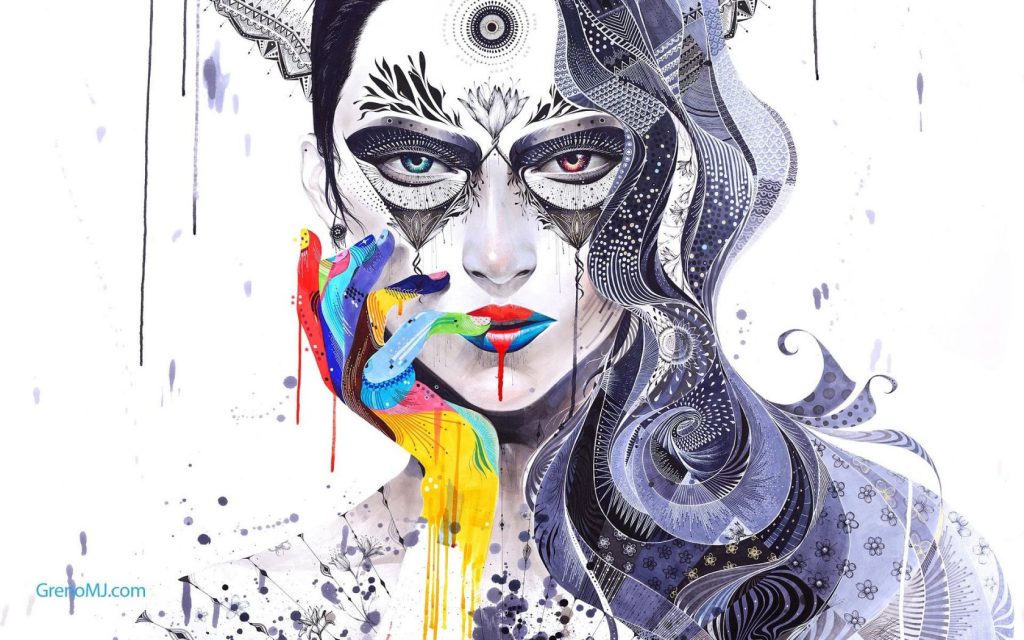 She agreed, and to her surprise she really enjoyed it, as did he. For the first time she experienced a powerful orgasm and was pleasantly surprised because she didn’t orgasm easily through vaginal sex.

Afterward, her lover felt repulsed and called her a ‘slut’ because she actually enjoyed it. Her pleasure came at the cost of his disrespect.

She was left feeling hurt and confused at his reaction, because her pleasure and openness were used against her. She didn’t understand why she was being ashamed for something that gave both of them intense pleasure?

She went on to tell me they broke up shortly after because he couldn’t come to terms with what had happened and she was still very hurt from his reaction, which was humiliating.

After that conversation I was left thinking about all the awful words we use to describe women who openly express their sexuality and desires.

As I travel through so many countries, I witness many contradictory views – new ideas about female sexual liberation clashing with old stereotypes about “good girls’ and “sluts.”

How Do We Define a Slut Anyway?

The ancient rites of love were not designed to further promiscuity, but to give meaning to female sexuality.

The virgin, the muse, the naughty, and the mother can all be embodied in a single woman, just as the boy, the hero, the fighter, the lover and the father can be embodied by a man.

As a woman, it’s limiting to describe with words the ecstatic feeling of opening up to a man without any worries or reservations of what he’s going to think of you after sex.

For many women it’s difficult to express her raw beauty because for centuries our sexuality has been repressed and we don’t want to be labeled as sluts, whores, or other negative connotations used to describe a woman because of how she chooses to express her sexuality.

It’s interesting to note that the word ‘slut’ is an offensive term used to describe a woman whose sexuality is insatiable, unapologetic, and unshameful.

Paradoxically the term ‘stud’ is used to describe a highly sexual man, typically engaged with many women and often a term of envy and approval.

(You can read all about fascinating exploration in Rachel Maines book title ‘The Technology of Orgasm’ or watch the movie hysteria.)

The legacy of our sex-negative history has left us with sexual language that is full of judgments, like the word ‘slut.’ To make any lasting change we must first change the way we use words.

Some people don’t believe that words have power, while others say – each word carries its own energetic vibration, depending on the context.

A simple ‘word’ can melt our heart, or infuse us with anger and completely change our perspective. We can choose to use this force constructively with words of encouragement, or destructively using words of despair.

Words have energy and power with the ability to help, to heal, to hurt, to harm, to humiliate and to humble.

Shame is such a debilitating power mechanism because it affects people both socially and internally.

So ladies, let’s stop labeling each other because one of us may choose to express our sexuality in a way that is not “socially acceptable.” Some women are empowered by nudity others by modesty – it’s not our place to judge each other.

And gentlemen, be the reason she smiles, not the reason why she can’t love or trust another man.