Does The G-Spot Exist?

“Our own physical body possess a wisdom which we who inhabit the body lack.” ~ Henry Miller

I often get asked this question by men and women  – “Does the G-spot exist?”

There are so many contradictory studies out there it’s hard to understand what’s real and what’s not. There seems to be an ongoing academic and clinical debate whether this area exists.

My question is, why is there a need for endless research funds, to invalidate an area that some women are happily enjoying?

The G-spot is also referred to as:

Saying that a woman doesn’t have a G-spot is like saying the bladder doesn’t exist. Just because we can’t see our bladder doesn’t mean it’s not there to perform a function.

I use to work for the Dr. who pioneered the G-shot. The G-shot is an injection that temporarily increases the size of the G-spot.

The G-spot does exist, but it’s more of an area of sensitive tissue than an actual ‘spot.’

While working there I learned where the G-spot was located and how different the sensations are for each woman. 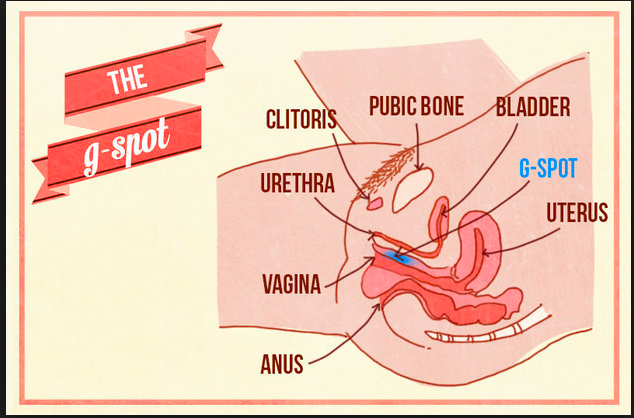 Some women feel pleasure, some feel pain, some feel they need to urinate and some feel nothing at all.

There are many reasons that can affect the sensations and pleasures a woman receives from her G-spot, such as:

The sensitivity of her G-spot changes as she gets more aroused – just like the firmness of  a man’s  penis changes as he becomes more stimulated.

Her arousal and response also depends on the type of stimulation she’s receiving – fingers, a toy, or a penis.

Depending on the day, the level of pleasure will change because of her arousal levels and her state of mind.

It’s very difficult for scientific researchers to determine this kind of pleasure because every woman’s body is not only different, but every woman receives pleasure in different ways.

A lot of women have never taken the time to find and stimulate their own G-spots, which makes them unfamiliar with the sensations and pleasures they are able to receive.

Ignorance is the opposite of bliss. Not wanting to explore our bodies limits our sexual potential, which then leads us to become confused and dissatisfied.

Our bodies are full of mystery. Personal experience is the best teacher. Exploring and being open new experiences is the best way to learn about your lover as well as yourself.

Fun Facts About the G –Spot:

If you want to learn how to stimulate the G-spot, where the most sensitive area of the G-spot is located, and step-by-step instructions on how to find the G-spot check out the video.