What Happens To A Woman’s Body During Her Period?

Throughout the years I’ve met many women who consider their menstrual cycle to be a nuisance and many men who know very little about the process and changes that take place in a woman’s body.

In some Native American tribes, blood and menstruation were held as sacred. Some tribes believed that women’s bodies were purifying themselves during this time.

Each time a girl had her first period, a big ceremony was held to symbolize and celebrate the passage from childhood to adulthood.

Native American women knew that menstruation was a time when they needed to slow down.

During this time, they did not participate in the life of the village, instead they gathered in a hut called the moon lodge to spend four or five days with other women who were menstruating. 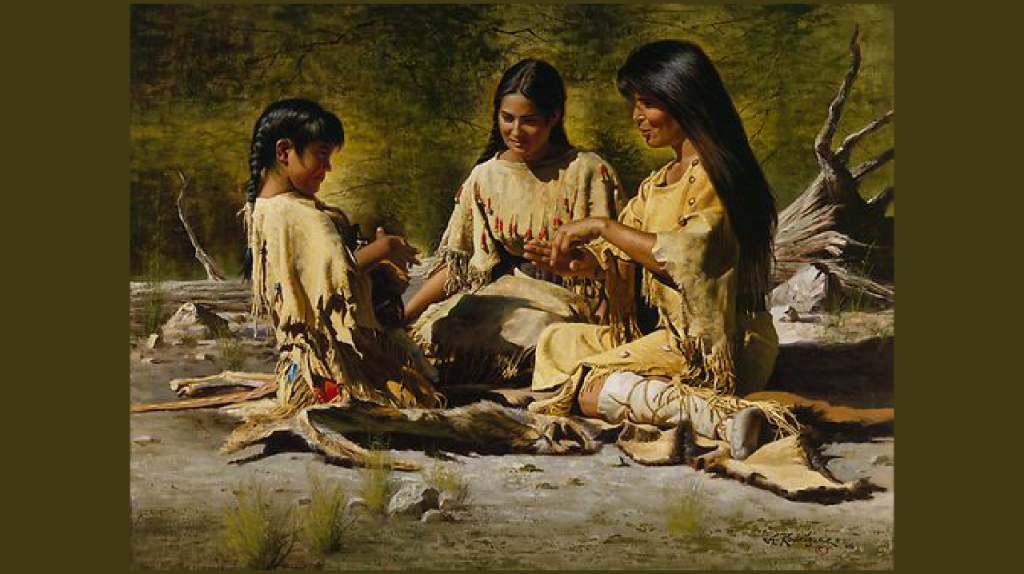 This was the perfect time for women to get together and indulge in creative pursuits like storytelling, arts, and crafts.

The moon lodge was open to women only, and all significant events in a woman’s life, such as childbirth also took place there.

The menstrual hut was called the moon lodge because of the connection between a woman’s period cycle and the moon.

Back then other than light by fire, there was no artificial light, the moon was the only giver of light at night, and as a result a woman’s cycle was correlated by the cycle of the moon.

Women left their men and children behind to menstruate with other women in a safe and secluded space.

Their energies were no longer about the outside ‘normal’ world. Cooking, cleaning, and general activities were put on hold.

Ancient societies saw the power in a menstruating woman as capable of accessing other realms because her senses were heightened.

Her sensitivity to sound, smell, and light would allow a woman to become more aware.

The natural tendency to withdraw at this time of the month, allows a woman to become quiet, in tune, and open to listen and feel.

Menstruation could sometimes lead to great insights for the rest of the community as answers were found and decisions were made based on the women’s insights during menstruation.

Sometimes her visions were messages for the whole village. Just like a Vision Quest ceremony, performed for a young boy entering his manhood, a woman had her Vision Quest every month.

The bleeding was empowering for women because every month they received some sacred songs, new ideas, stories and left the moon lodge wiser.

Today, there are many factors that disrupt our natural cycle. Artificial light, food hormones, residual pharmaceutical compounds in our drinking water, and various supplements interfere with our balance.

Back then, women were far more in tune with their bodies and surroundings.

Unfortunately, in today’s world not enough women take the time to relax, nurture, and restore themselves during their cycle.

During this time, some women’s physical energy is lower, but their intuition and sensitivity are heightened.

Every woman is different – therefore it’s important to note that not all women have the same type of experience, insights, and bodily changes.

During a woman’s period, she sheds thickened uterine lining and extra blood through the vagina.

Her period may not be the same every month – it can be light, moderate, or heavy in terms of how much blood comes out of the vagina.

For some women the length of her period can last anywhere between 2 – 7 days. Most of the time, her cycle can range between 21 to 35 days apart.