“What a man can be, he must be. This need we call self-actualization.” ~ Abraham Maslow

Do you ever feel sometimes that there is an unseen force driving you with respect to romantic relationships?

One which deeply influences the type of potential mate you are attracted to. One that often causes the initial bliss of the honeymoon period to dim or blink out completely after a relatively short period of time.

One that causes many men to start noticing other women even when they are totally committed to “The One”.

One that causes many women to go almost crazy listening to the ticking of their biological clock (whether they want children or not) and to be very uncomfortable about letting their partner know what they really want in the bedroom.

If so, you have just glimpsed the human Sexual Operating System at work. Not only is it extraordinarily powerful, it is also in total alignment with, and perversely adverse to, Maslow’s Hierarchy of Needs at the same time. 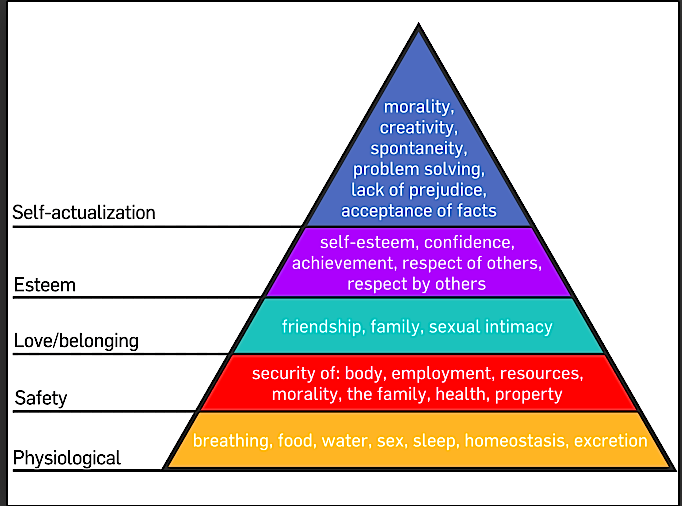 Talk about messed up. Yet there is a way out of this dilemma. But before you can even hope to overcome this nearly irresistible force, you need to understand it clearly first…

Our Survival Instinct is Literally Destroying Us

At the very foundation of Maslow’s Hierarchy of Needs is the survival instinct. It is the most powerful and ancient of all needs.

And it has done its job admirably –for the most part, we have survived, both individually (at least in the developed world) and collectively in terms of continued propagation of the species.

Unfortunately, because it is a deeply unconscious driving force it is the primary reason we have wars, greed, bigotry, intolerance, jealousy, suffering, torture, broken relationships and even individual sovereignties instead of just one unified, harmonious world of human beings.

If you carefully peel away the layers of the onion for every one of these conditions, you will find at its core the drive to survive.

And this unconscious drive doesn’t care what it takes to succeed in its mission. How deeply and cosmically ironic that this drive, which has caused our species to come so far, is now tearing us apart and will ultimately destroy us all if left unchecked.

(For a quick and easy-to-read refresher on Maslow’s Hierarchy of Needs go here: http://www.simplypsychology.org/maslow.html)

The S.O.S. is a major component (or “sub-routine” for those more tech inclined) of our survival programming.

That’s because it drives the need for propagation of the species, which is all about collective rather than individual survival.

Now what I am about to share with you next is based upon my observation and discussions with many men and women –all coming from my rather unique perspective of a fully impotent male (i.e. much of my S.O.S. wiring has been “short-circuited”.)

You don’t have to take any of the following as truth. However I do invite you to consider the possibility that there may be some truth to it.

How the S.O.S. Drives Most Relationships

Our S.O.S. manifests differently in men and women because of their respective biological roles in the successful propagation and survival of the species.

The way most men are wired within the S.O.S. is to spread their seed far and wide and frequently as possible.

That this part of the drive is so powerful is evidenced by the fact that most men have an almost uncontrollable urge for immediate release when they have an erection.

It’s the reason why so many men will find other women attractive (i.e. potential mate material) even when they are in a fully committed relationship.

The S.O.S. has also wired most men to be the providers for a family unit so that it can survive and eventually propagate future generations as well.

This tends to make men very goal-driven and action oriented and less likely to relate with their true feelings in case it gets in the way of the overall imperative.

The drive for dominance is also a result of this wiring which can explain why so many males compete for the attention of the most attractive females.

It is their de-facto evidence of superiority over other competing males –an important outcome within the framework of the S.O.S.

Likewise, the S.O.S. has wired most women to be far more nurturing and emotionally available in order to assist their young to assimilate into a potentially dangerous and hostile world.

It also tends to make them want to attract, and feel dependent upon, the best mate to provide food, shelter, clothing etc. while they focus on the little cave rats.

In case you think this is far-fetched, I was recently interviewed by a 30+ year old female radio host and couples therapist who just entered into a new and exciting relationship.

Yet when I turned the interview tables around on her and asked:

“What would happen if you told your new love what you really wanted in the bedroom?”

she actually became flustered. Then she blurted out (over the air no less): “Oh my God, I just went right back to the ‘cave’ and felt anxiety that if I told him the truth he would leave me and the kids.” (metaphorically speaking – she has no children).

It is where these two opposing needs (i.e. survival instinct vs. conscious self-actualization / transcendence) are at war with each other that causes most relationship problems.

As you can see, the S.O.S. is an extremely powerful influence over our relationship behaviors.

So, if this is the way nature wired us, why do we have so many unhappy couples?

Well, that has to do with the other end of the hierarchy of needs spectrum, the need for Self-Actualization and Transcendence.

It is where these two opposing needs (i.e. survival instinct vs. conscious self-actualization / transcendence) are at war with each other that causes most relationship problems.

The S.O.S. and Transcendence 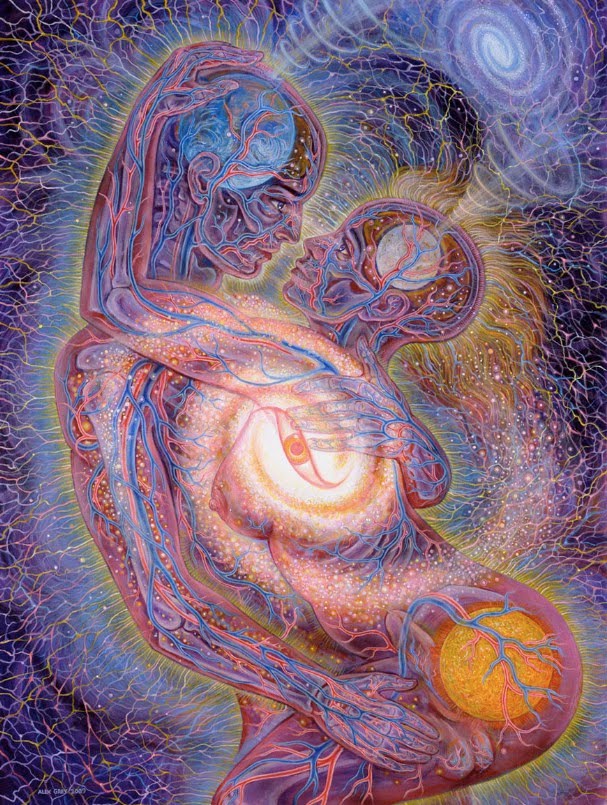 For most people who experience orgasm with another person, it is their only experience with true transcendence.

Meaning that for a few fleeting seconds their survival-obsessed ego dissolves into a sense of fearless and sublime unity with everything, especially the person who just helped them achieve it.

And I submit to you that this is what many within our modern culture desperately want to experience much more of –only to be blocked by their respective unconscious S.O.S.

There Is Good News – Really

Fortunately, thanks to my unique situation and that of others I’ve interviewed, there is a way to re-wire our S.O.S. so that it actually helps us achieve our highest level need –that for self-actualization and transcendence within the context of relationship.

Based upon what my partner and I consistently experience, we have developed a method that works for us and so far seems to help just about anyone we’ve shared it with re-wire their S.O.S. as long as they are committed to genuinely exploring that possibility.

And in doing so, help them consistently achieve the deep connection they seek and avoid the pitfalls that will ultimately befall any of us if our S.O.S. is left unchecked.

There is a way to re-wire our S.O.S. so that it  actually helps us achieve our highest level need –that for self-actualization and transcendence within the context of relationship.

I will cover this in a different article: “How to Upgrade Your S.O.S. for Maximum Fulfillment”.

And interestingly, you also will discover how this protocol helps to explain LGBT (Lesbian, Gay, Bisexual, Transgender) orientations that seem to be at odds with the foundational procreation needs of our species.

Just know that there is a way to have your cake and eat it to when it comes to your S.O.S. and having a relationship that helps you achieve your highest needs.

Michael is a prostate cancer survivor who was left completely impotent as a result of his treatments. Yet, it was because of his impotence that he and his partner discovered an entirely new approach to emotional, physical and spiritual intimacy that far exceeds anything either experienced prior to when things were working "correctly." His mission is to help men, women and couples everywhere to achieve extraordinary intimacy on all levels. He is an international speaker, author and thought leader on the issues of human connection and intimacy. Michael is also a champion of the nonprofit men's work being done by the ManKind Project ( MKPUSA.org). He completed the New Warrior Training Adventure in 2012.