“Everything can be taken from a man but one thing; the last of the human freedoms—to choose one’s attitude in any given set of circumstances.” ~ Viktor Frankl 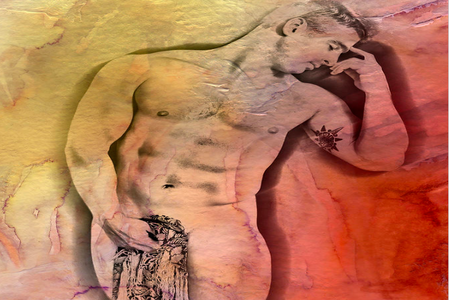 The best part about my work is when I engage in conversations with men, women and couples who share their sexual insecurities, pleasures and anxieties.

I am always amazed at how much anxiety, shame and guilt most people have around their sexuality. I’ve come to learn over the years that most if not all of our anxieties are self – imposed.

I was recently having a conversation with a man who had two major anxieties that were causing him havoc.

The word ‘performance’ should never be used in lovemaking, because when a man is performing it’s impossible for him to fully relax, be present, and attuned to his partner, thus the term ‘performance anxiety.’

I asked him what was generally going through his mind during sex. At any given moment he said he was too busy thinking about the following:

His mind is constantly occupied and never fully present, because he feels the need to perform and in his case compare himself to other men.

When you only focus on your performance you deprive yourself of the opportunity to create a deep connection, closeness, and intimacy with your lover.

In most men’s vocabulary you won’t find words like transparent, emotional, surrender and open hearted.

These words often go against the male ideals and are unhealthy stereotypes that emotionally hurt men.

The size, appearance, and the shape of a man’s penis is the epicenter of his insecurities and fears.

Penis size is definitely a self-inflicted insecurity. Most women will always choose a skilled lover over a big penis.

A recent survey asked women, “What would they like more during sex:”

For a woman, the richness of the whole experience has a greater impact than just having a big penis, because she’s attracted to the sensuality of sex – not only to the sex act itself.

The way a man defines himself is a choice.

It’s about appreciating what you have, accepting what you’ve been gifted, and most importantly mastering how to use it.

Best of all there are positions for every penis size.

A man’s sexual insecurities can destroy his ability to function sexually, and instead of enjoying one of life’s greatest pleasures he becomes over powered by  fear and anxiety.

A man with a can-do attitude will always command a more powerful response and a lasting sexual memory, than a man who is filled with fear and anxiety.