How Well Do You Know Your Penis?

“I am such a good lover because I practice a lot on my own.” ~ Woody Allen.

Remarkable things often come from making changes and exploring new possibilities. Getting out of your comfort zone and transitioning is a gradual process of growth.

You replace old habits with new ones and often times it’s what separates an amazing experience from an average one.

Lovemaking is an art, and experience is the best teacher.

To help you get acquainted and understand your penis on a deeper level, here is a brief tour of the basic male sexual anatomy.

All of these parts of the erect penis are not equally sensitive. Certain locations can delay ejaculation while others help you achieve the highest sensation of pleasure and sometimes can take you to the point of no return. 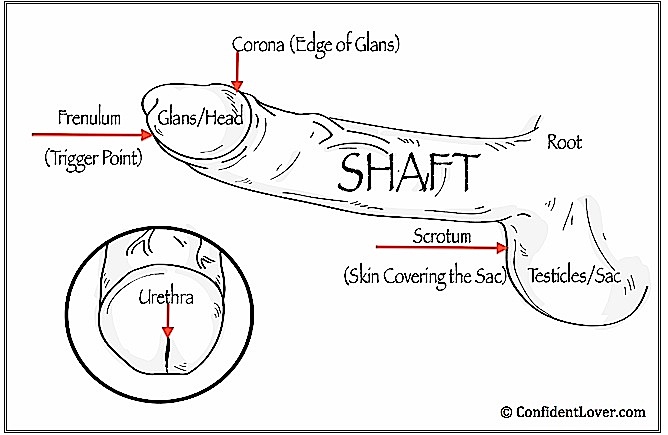 The Frenulum is the most responsive and sensitive area of a man’s penis. It’s connected to a group of very delicate nerve endings.

What most men don’t know is that by stimulating this area, you are sensitizing the softest spot and making it more responsive to touch.

Glans (Head of the Penis)

The head of the penis or the glans is what gives the penis its personality. It’s also the second most sensitive part of  the entire penis.

Corona (Edge of the Glands)

This is what kind of looks like a collar around the head of the penis. The ring that surrounds the glans is what you would call Corona.

The lengthiest part of the penis during an erection is known as the shaft. This is what defines the penis’ length.

This is where the man’s body meets it’s sex pistol.

Does the slang “nut sack” ring a bell? Scrotum is a bag-like soft skin that covers the testicles. As a man gets closer to ejaculation, the testes pull into the body and prepare to release semen.

In case you fall short of time but want to continue having sex, pull the scrotum away from the body – this will delay ejaculation.

The testicles are considered, perhaps, the most masculine part of a man’s body. Balls! “Testicular” fortitude is a must-have attribute for men.

Testicles are two oval-shaped balls inside your scrotum. The testicles produce semen. 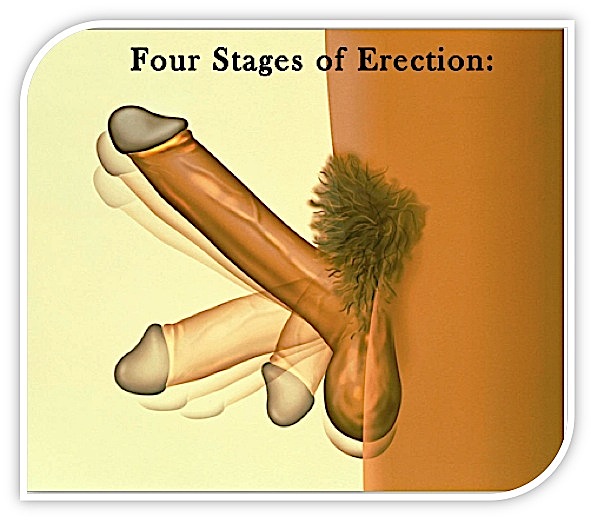 Here’s how the healing Tao Instructor Walter Beckley describes the  Four stages of an erection:

1. In the first stage, your penis starts to move and become erect.

2. In the second stage, the penis is firm but not hard enough to penetrate.

3. In the third stage, it is erect and hard.

4. In the fourth stage it’s stiff and really hot. This last stage is also  when your testicles draw into your body.

Become more mindful of your body and responses to understand yourself on a deeper level.

The English word for “penis” was adopted into the English language in the 17th Century. Prior to that, the penis was referred to as a “yard” or “pizzle.”